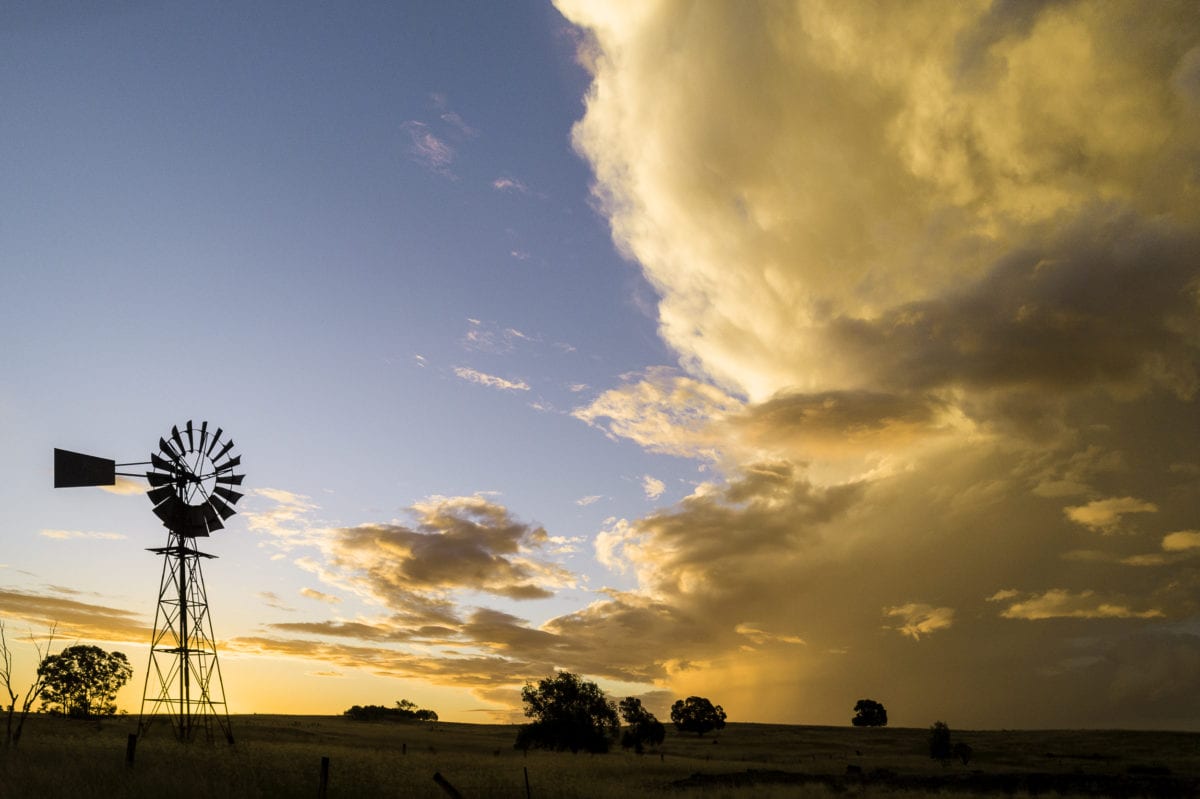 Did you know that just west of the Great Dividing Range you can find endless plains of colourful fields, rolling grass hills, big skies and small towns with big hearts?

Get off the grid, off the beaten track, and off on an adventure to discover the Western Downs with this guide to hidden treasures in the region.

If old school cars get your head spinning into overdrive, fasten your seatbelt because you need to visit Monty’s Garage Vintage Car Museum in Glenmorgan.

The museum shifts gears and steps back in time with a collection of restored vintage cars.

While the museum is no longer open to the public, the majority of the displays are still visible from the outside.

For a backyard that rivals a botanic garden, visit Our Lady of Help Christians Catholic Church in Bell and take a stroll through their Biblical Garden.

Free to the public, the Bell Biblical Garden features trees and plants mentioned throughout the Bible, gathered together with art installations and murals depicting various stories from the Bible.

Besides their state forest status, these three flora and fauna sanctuaries provide a plethora of walking trails that wind through untamed wilderness, with hectares-upon-hectares of bushland to explore.

The three forests are found so close together you can tackle them in a day, before retreating to Guluguba, Miles or Wandoan for the night.

Note: Vehicle access is prohibited, so park up and stretch those legs!

4. Lay your eyes on lilies at Chinaman’s Lagoon

Make your mates green with envy and visit the lily pad covered Chinaman’s Lagoon on the southern edge of Miles.

During the summer and autumn months, three connected lagoons are topped in colourful tropical lilies, a rare sight, because this species is only found in a few locations across Australia.

Named after a Chinese market gardener who moved to Miles and became the town rogue, Chinaman’s Lagoon is a peaceful place with picnic areas and walking tracks offering various vantage points to soak up the serenity.

5. Make a mate or two in Kogan

Nestled in the heart of a town triangle with Tara, Chinchilla and Dalby, Kogan’s got nothing but warm fuzzies on tap.

The best spot to feel the love is at the park next door to the Kogan Memorial Hall on High Street.

You won’t miss it – you’re met at the front of the park with a big metal sculpture of a man riding a horse, titled ‘the man who steadies his lead’.

Take the time to follow the path around the park which outlines the families and milestones of the town from its settlement to today’s population.

The path leads you to a gazebo where two young men sit and play cards all-year round. It’ll prove difficult to join in on the game though – the two men are made of metal, part of an art sculpture titled ‘bush friendship’.

Set your Instagram feed on fire with shots of the sunrise at Caliguel Lagoon, on the south-western outskirts of Condamine.

The free camping site is easy to spot thanks to the giant lagoon, which is a local favourite on weekends thanks to water sports like swimming, fishing, jet skiing, tubing and wakeboarding.

For a more tranquil time out, wake up to the birds and the sun slowly rising, reflecting its candy-coloured rays through the trees onto the calm waters of the lagoon.

7. Park up at Possum Park

Get off the grid with a trip to Possum Park, the accommodation park (read: everything from camping to caravanning to cabins – even train carriages!) on the northern outskirts of Miles.

Although only a short drive from town, once you’re off the beaten track of the highway and surrounded by nothing but bushland, you’ll feel worlds away from modern civilisation.

That’s made even easier with a stay in one of the 17 wartime bunkers tucked away amongst the property, once storage for ammunition and now quaint underground self-contained units.

With wildflower tourist drives, state forest walking tracks (here’s looking at you, Gurulmundi State Forest) and plenty of time to kick back amongst nature, getting back on the grid will be the last thing on your to-do list.

8. Have a bevvo or two at The Bun Pub

For a classic country pub visit, look no further than The Bun Pub, the local watering hole in Queensland’s longest named town, Kaimkillenbun.

Covered in history inside and out, the pub is the place to learn about the town – from wartime artefacts to memorabilia of an iconic television series (starring Nicole Kidman) that was set here.

It’s not just its history that puts this hotel on the Western Downs pub trail – there’s a truck bursting through its wall and a vintage ute guarding the front.

Inside, the walls are adorned from floor to ceiling in classic country paraphernalia (try counting the number of licence plates) with so much character you’ll be sinking a few coldies and calling yourself a local in no time.

If you’re after one of those ‘I’m not in the city anymore’ moments, set up camp at Lake Broadwater Conservation Park, a half hour drive west from Dalby along the Moonie Highway.

Wake up to the crisp fresh air, birds chirping, wallabies grazing at the water’s edge, and the sun sneaking over the horizon and reflecting over the calm lake. Ahh the serenity.

The waterfront views from the free camping and caravanning spot are just the icing on the cake, with the lake offering fishing, jet skiing, and kayaking, however only at high water levels.

If you’re an avid birdwatcher, you’ve hit the jackpot – the park is sanctuary for over 240 species of birds, complete with a bird-watching track further along the road from the lake.

Trust us, the cockatoos and corellas will take care of your morning wake up call.